As a property developer, 10 years of constructing houses at the upper end of the market led Fred Bolton to investigate the possibility of installing renewable energy systems in his properties as standard.

Finding the subject rather confusing and knowing little about the renewable market himself, Fred was forced to enquire from the various stockists, installers and the equipment manufacturers themselves.

Salesmen being salesmen, portrayed every system as the 'greatest thing since sliced bread' (as a good salesman should) but with one company contradicting another and a bunch of figures that would baffle even a mathematician Fred ended up even more confused than when he started out.

Undeterred, Fred signed himself up for a course which determined the Energy Efficiency of Dwellings, in the hope that he would learn all about energy systems without the 'salesmen'. To a certain degree this was the case but as we all know things are never that simple. The eventual outcome, three years and five courses later meant he did learn 'almost' all about it, which resulted in NI Energy Services being born. 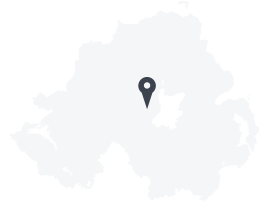 Based centrally in Cookstown, Mid Ulster;
NI Energy Services is in the ideal location to offer energy services throughout Northern Ireland and the province of Ulster.

Alternatively, complete the adjacent form and we will get back to you as soon as possible.